Baltimore’s first Homebrew Website Club of 2019 met at the Digital Harbor Foundation Tech Center on January 23rd. This is not only the first meetup of the year but the first without Marty McGuire as a co-host!

Tonight we had some solid discussion in addition to our broadcasts. I’ve added the topics in the Discussion Topics section below.

Mary worked on a project in Fusion360. She used the web app to make changes and work through the design process. She redesigned a porch light for her parents’ house that she 3D printed. Mary worked through several prototypes and tonight she finished her newest version!

https://derekfields.is/ – Derek was going to originally work on some BrainJS exploration, but then decided to work on his site.

http://rhearamakrishnan.com/ – Rhea hasn’t been doing many web projects specifically, but she’s been working on curating manuscripts with the intent of creating anthologies. This is currently an analog process, although there may be some plans to make digital versions on the horizon. One project is a collection of curated poems centered around a common theme, and another is a book of translations. Her current focus is to experiment with various mediums and formats with the intent of creating a physical binding.

Rhea has also been working on her own poems. The goal is to publish these current poems on her site.

https://jonathanprozzi.net – Tonight I spent some time writing a post about the new year and looking back at my 2018 year-end commitments. I’ve been very productive so far in the new year and I look forward to refining my workflows even further.

I’m about 90% done on a GatsbyJs starter for the IndieWeb. I’ve also been doing some work on a site rework behind-the-scenes. I shipped a React project for DHF that I’m very happy with, and I’ll be doing a write-up about. Check out the project here: DHF Interactive Project Gallery. Additionally, I’ve worked on some landing page redesigns for our youth programs.

I’m continuing to hone my layout and UI skills as well as trying to figure out the best way to actually hold myself accountable for writing blog posts.

Here’s our photo from the evening: 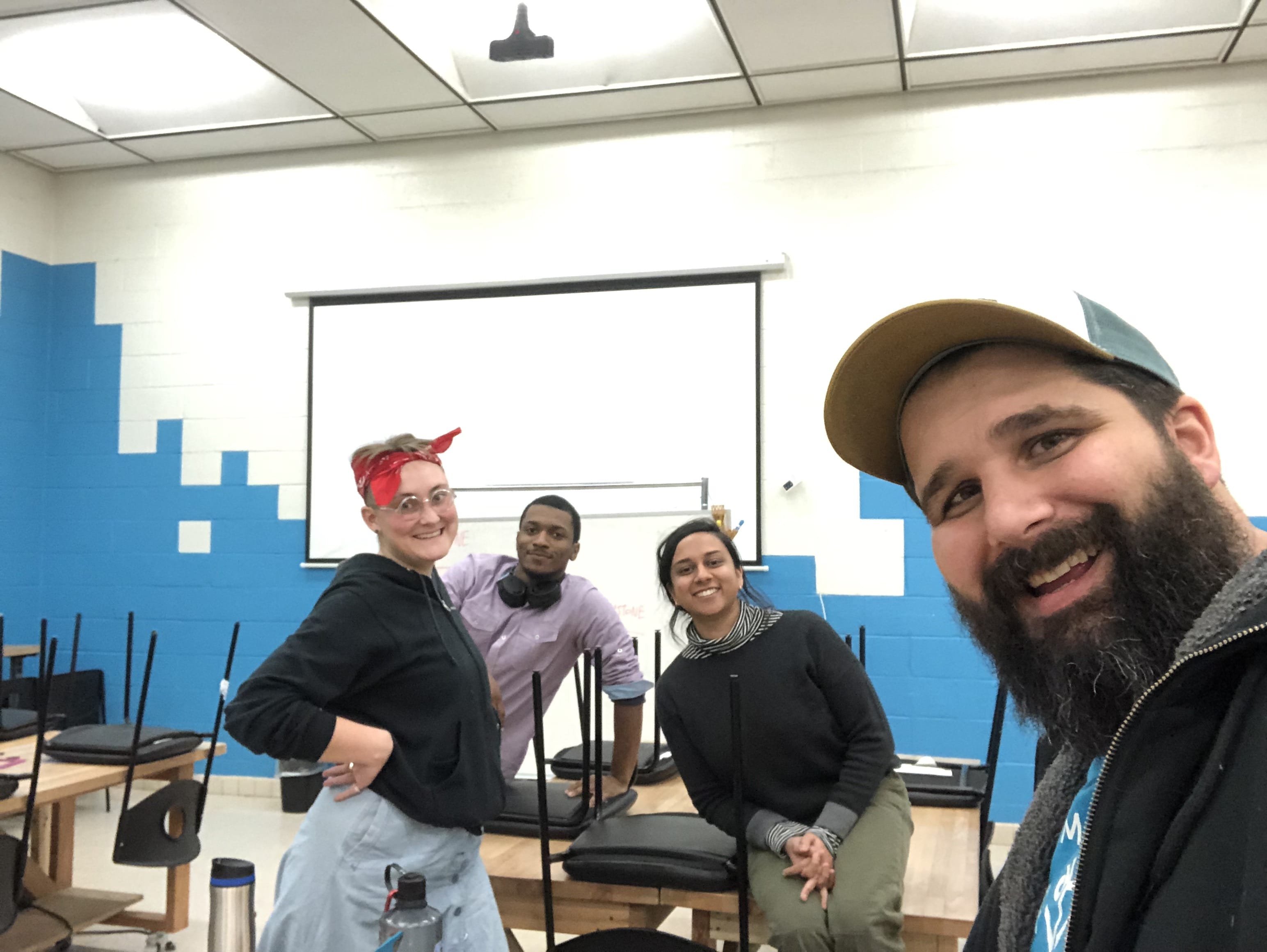 Jonathan and Rhea talked about prototyping tools and different workflows. Jonathan shared an overview of his Figma to HTML/CSS process with some specific examples for two recent projects. We talked about how powerful prototyping tools like Figma are for creatively expressing ideas. Jonathan mentioned that he’s recently been needing to prototype more involved animations and that he’s been exploring InVision Studio for this reason.