Baltimore’s first Homebrew Website Club of December met at the Digital Harbor Foundation Tech Center on December 11th. This is Marty’s last HWC Baltimore Meetup as a co-organizer. Hopefully, Marty will return as an honored HWC Baltimore guest host in the future!

Jonathan and Ash worked together during the quiet writing hour on a specific goal. After this, we all shared our updates. Here are some notes from the broadcast portion of the meetup:

ashturner.net – Ash worked on getting up and running with Git and GitHub! Ash mentioned how it feels good to work through command line and Git in a practical and personally relevant example. Ash is currently in the process of converting an existing Adobe Portfolio site into HTML/CSS with the intention of increasing ownership of the content.

2019 Commitments: Wants to become familiar with GitHub and become an active user. By the year-end, one goal is to contribute to some open-source projects by providing documentation.

derekfields.is – Derek switched his site over to deploying on Netlify and  VuePress. His goal is to make it prettier by adding some custom Vue components. He wants to stick with VuePress and make progress with his site. One bigger goal is to do some web-connected hardware projects.

2019 Commitments: A specific year-end goal is to make his VuePress site prettier and styled how he envisions. Another goal is to convert it into a Progressive Web App and to continue to make his site his own.

pulianas.com – Alec’s grad school class ended yesterday! Lately, he has been focused on keeping his podcast Overanalyzed going. During quiet writing, he updated all of his sites to Gutenberg. Previously, he’s been writing in Markdown and sending it to WordPress. He’s open to trying out Gutenberg and seeing how it fits into his process.

2019 Commitments: Looking back through the year, he accomplished most of the goals he set out at the start of the year! He wants to recommit to some personal goals. Now that grad school has wrapped up for the year, he’s looking into moving out of “maintenance mode.” As far as web site goals, he wants to create a custom “follow our podcast” flow for his podcast. He has been podcast focused and wants to start writing more again.

martymcgui.re – Since last time, Marty worked on a post for his site that lists all of the things he was trying to give away before moving. He had a blog-yardsale (Blarg Sale). He listed out his contact info with some rules for the process. It worked very well!

2019 Commitments: Marty wrote his 2019-01-01 Commitment post! His main commitment is to switch his site to Hugo from Jekyll. The last thing on the list before transitioning is to fix a Micropub endpoint.

jonathanprozzi.net – Ash and I worked on getting up and running with Git and GitHub. It was a productive work session during the quiet writing time! I had a productive week as I made some huge strides on a Next.js site that I’m working on.

2019 Commitments: I accomplished two of my goals. First, I locked in my workflow for using Cloudinary on WordPress. One stumbling block was using Cloudinary for featured images, but I figured this out (and it’s detailed in a coming post). Additionally, I worked on some optimization and got green scores from PageSpeed Insights. 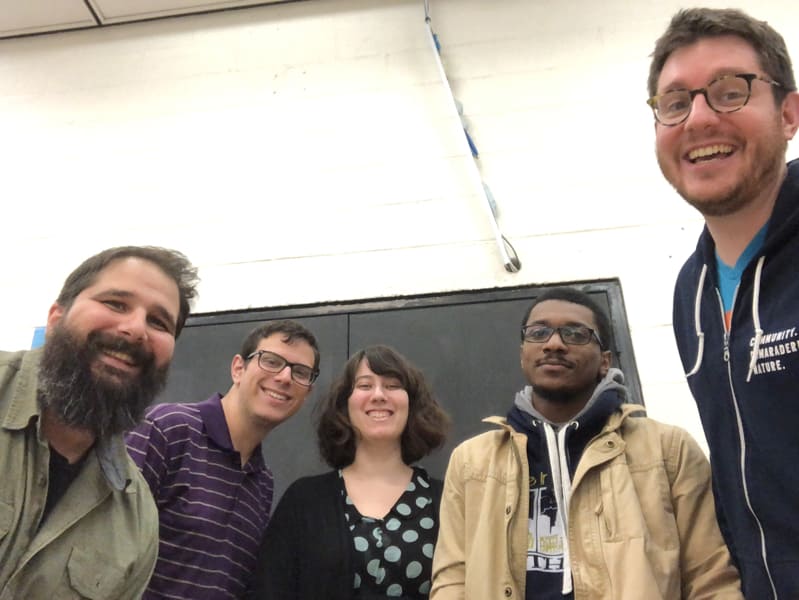 How do we best keep in touch with attendees about upcoming dates?

Email is a good way to send out event updates. Jonathan is going to make a MailChimp or something similar to keep updates.

We talked about Slack as a communication tool and I wanted to add a link about joining the IndieWeb Camp Slack channel: https://chat.indieweb.org/slack

Other things we discussed: the web as a platform in general, Edge switching to Chromium, and WordPress’s roll-out of the Gutenberg editor.

There is potential for positive views on the web moving forward with things like Web Assembly, Edge switching to Chromium, and other things.

There’s also some potential for abuse as the web grows. Edge switching to Chromium removed some diversity from the web and puts lots of power in the hands of Chrome developers. Often new features roll out on Google’s platforms first, and its a potential way to track users (with things such as Web USB).

This is something to be cautious about while recognizing potential security and diversity issues as the web d/evolves.